While even people in developed countries can “knock on wood” in superstitious practices, in Sierra Leone it’s very common for people to really believe malevolent spirits or witchcraft as the cause of many a common malady which medical science would recognize as having a simple, physical cause.

In many of our villages, anything from a simple stomach upset or headache to much more serious conditions are frequently attributed to the actions of “angered or evil spirits” or witchcraft. And since spirits are believed to cause the illness, people then turn to tribal spiritual practices or the services of a local witchdoctor to seek remedy, even for conditions understood in modern medicine as birth defects, epilepsy, hypertension, or sickle-cell anemia.

Since belief in witchcraft or malevolent spirits is so common, parents of children with behavioral, psychosocial, or severe medical problems don’t believe medical or psychosocial assistance can help and withdraw the child from school while they seek help from tribal rituals or witchcraft.

To offer a more helpful alternative, EduNations’ Psychosocial Coordinator, Fatu Koroma, has conducted a series of community engagement sessions to help parents and community members better understand conditions from birth defects to development problems and how medical or psychosocial treatment can help. Sadly, some parents only seek the latter after tribal practice or witchcraft have not helped and the child’s condition has become much worse.

Hopefully, word of good results of medical intervention in two recent cases may help convince other parents to seek medical help first. One student who was experiencing seizures in school that had been attributed to demonic attacks was diagnosed with epilepsy and is now doing much better after medical treatment. Another student, born with hydrocephalus, was nearly abandoned by his parents before medical treatment yielded dramatic improvement in a young man who is now “doing great” in school.

We hope improvement in such circumstances will show the parents and community members that medical response is a better choice. Till then, EduNations’ community engagement program will continue to promote education and science-based medical treatment as a better alternative to tribal ritual and witchcraft. 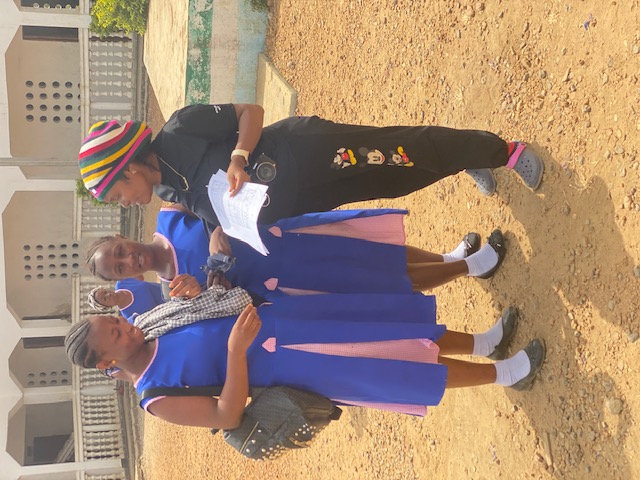